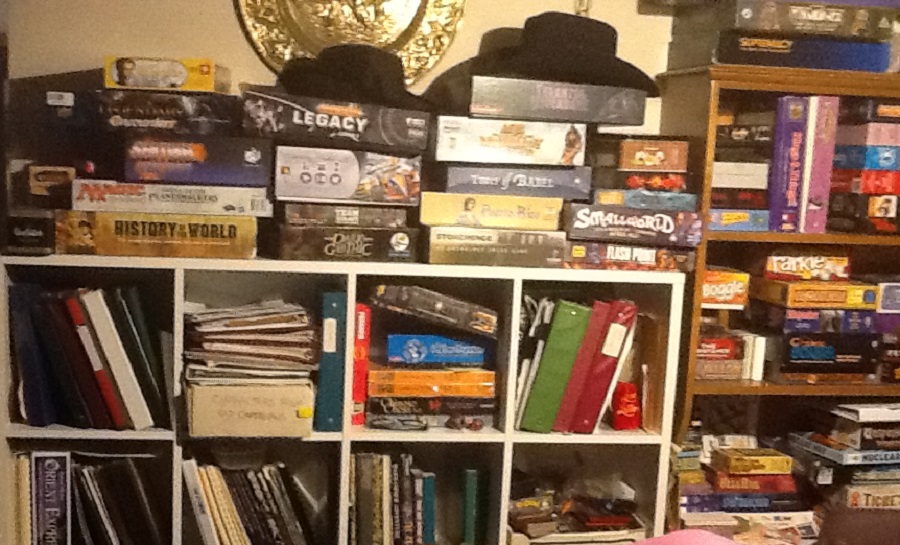 Managed to squeeze in three board games this weekend.

Took another swing at it with some additional hero packs (Hawkeye / Leadership, Doctor Strange / Protection, She Hulk / Aggression) to go up against Ultron. We slogged through with Doc Strange and She Hulk crushing through Ultron’s hit points and nerfing some of the Scheme progression.

The most frustrating part of Ultron was the way the Drone mechanic ate up attacks and churned through our cards. Next time it might be time to try and defeat Klaw or something a bit different with one of the other scenarios sets.

Meanwhile, I was inspired to start putting together a list of the expansions and what they included.

(New to my Table)

I’m a pretty big fan of the Tiny Epic games but this one might be further down in the ranking without some tinkering to the turns available to win (and there are plenty of suggested home rules to make it more balanced).
Overall, I’d say it feels like Gloomhaven crossed with Betrayal at House on the Hill.

The goal is to explore the tile based dungeon, defeat minions (really, they are more like mini bosses) and goblins (a recurring monster but with different stats each time) and eventually uncover the dungeon boss for the final battle. We didn’t get as far as the boss and after three attempts, still haven’t managed to beat the countdown. Like various Pandemic style games, there are multiple ways to lose including running out of time, needing to place a 5th goblin on the board, or not uncovering the door to the final boss.

Don’t get me wrong – I enjoy the mechanics, particularly how the rolling the dice to overcome challenges and defeat enemies can be used to restore energy and how energy can be used to adjust dice rolls. On the enemy side, each time the goblin appears, you draw a card for it and place it by the color space on the timer torch. Overall, this might be one of the more complicated rule books from the Tiny Epic Games, even more than Tiny Epic Pirates. Once one starts to get the hang of the many many many icons (some are more intuitive than others) and the game flow, things go pretty quick.

Some of the suggested options to improve the balance include

I’m looking forward to trying some of these out.

A game of bean planting and set building. Also, probably sitting largely ignored on the shelf at your Friendly Local Gaming store, but it is worth your attention.

For starters, plays up to 7 players and that’s hard to find in a game. Also the visually challenged player at our table had an easier time of making out the cards than she did with many other games like Hanabi. The goal is to gain the most coins by building and selling sets of beans. A major catch to the game play is the you are required to play your hand in the order that they are dealt to you, new cards being added to the back end of your hand.

Each turn has four phases

You can sell your beans at any time and the cards themselves are used for tracking coins, meaning that as you go through the deck a second and third time, the number of each beans is fewer and card counting gets that much more difficult.

There are a bunch of expansions for this game but instead of providing more bean cards as you might expect, they change how you can use the beans and coins. In one you can use the coins to control territory and you win based on how much territory you control in the end. Another uses the number of cards in a set to serve as a combat number against other cards.

Then we whiled away the end of the evening talking about some games to play in the new year.