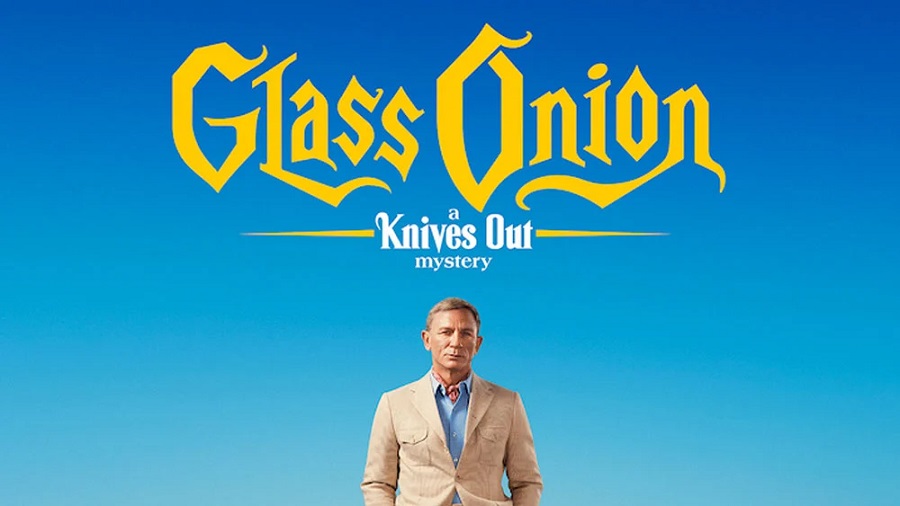 Detective Benoit Blanc, the 21st Century American answer to Hercule Periot, is back and now part of the Netflix studio of productions with a contract for another film to follow this one.

Did I enjoy this movie? Overall, yes. Was it a deeply complex whodunnit mystery? Not really.

In an early scene, Blanc quickly puts together the clues and arrives at a solution that he blurts out. The moment is appropriately deflated as the game is suddenly over with an answer but without experiencing the mystery itself. That’s the essence of what follows. Likely you the viewer will have pieced together who the murderer is and the means by which it was done, but that answer feels hollow until you experience the mystery itself by interacting with the suspects and search for the evidence.

A number of red herrings and other distractions don’t do much to conceal what your gut and observations have told you. What kept me watching was the characters and the arsenal of Chekov’s Guns being set up and ready to fire in the classic final act of the confrontation scene where the murderer is revealed. I was very much reminded of the Mousetrap board game where all the pieces are meant to work together but we never bothered to read the instructions as we attempted to put it all together.

With a character like Blanc, there can be no doubt that writer / director / producer Rian Johnson is a fan of Agatha Christie and the genre. He is renown for his powers of observation, has a distinctive style in dress and detecting, and hungers for something worthy of challenging him. Daniel Craig appears much more comfortable in the character this time around, even the Foghorn Leghorn accent feeling more natural than it did in Knives Out. He’s given more opportunity to play Benoit and establish his style rather than being more an observer and armchair detective.

Even though Agatha Christie had some notable characters as suspects in her mysteries, this cast is larger than life and twice as loud and come close to being caricatures of certain media influencers and tech geniuses we could all name. It’s a fun cast and very colorful in ways that your would never expect in a Christie cozy mystery.

This movie is very much a product of its time, solidly set in the 2020s, facts like the pandemic being front and centre and even a plot point (one of the gang finds sudden financial success through the sale of sweatpants). Celebrity brands are name dropped like Jeremy Renner’s Hot Sauce and Jared Leto’s Kombucha (currently, both fictional but you never know where marketing will go). Even cellphones and online media posts are of significance to the story. In another decade or two this is going to be an interesting time capsule.

In terms of the mystery itself, the analogy to a glass onion is repeatedly made. Like the puzzle box invitation that the movie opens with, it’s suggested that to find the truth requires peeling back layers to reveal what lies beneath (there’s a website where you can play some similar puzzles). I agree up to a point – that it is much like that puzzle box in terms of unlocking little secrets within by shifting the pieces into the right place. Once in place, everything falls together, much like the Rube Goldberg device in Mousetrap (the game again, not the play). Similarly, there are so many props in place that once you see them, you would be disappointed if they weren’t set in motion by the final act.

Similar to Knives Out, the key is what we see initially and what we discover when we get to see it through a different perspective. In the case of Glass Onion, there is a reveal halfway through that shows the other underlying layer that’s been present all along and there is another mystery entirely that needs to be solved. Flashbacks give us that different perspective, reviewing what we saw before but from the view of a different character and a motive we had not known about until that reveal. It’s a decent way to bring more information to the viewer that fill in the blanks that they need for solving the crime, both the original and the newly discovered one.

I found the ending both anticlimactic and satisfactory at the same time. All those pieces fall into place, but the final resolution of the arrest and the damning evidence feel unfinished to me. Your milage will vary. All the pieces are left out in plain sight for the resolution (including one key bit that felt overly obvious but sometimes for a set up you need that for a commercial audience rather than proving how clever you are through some obscure fact that the audience would be ignorant of – thinking of you Sherlock) so by the end I would say that the story played fair.

All in all, I’m up for watching another Detective Blanc mystery in another two – three years and what lyrics will they will grab for a title.

For an example of a different kind of detective story, prior to Knives Out, Johnson wrote and directed the lesser known film noir Brick (starring Joseph Gordon-Levitt in one of his earlier roles as an adult). Far from the complex intellectual puzzles of Christie, this is a hard boiled Dashiell Hammett inspired story.

One thought on “Watching – Glass Onion: A Knives Out Mystery”