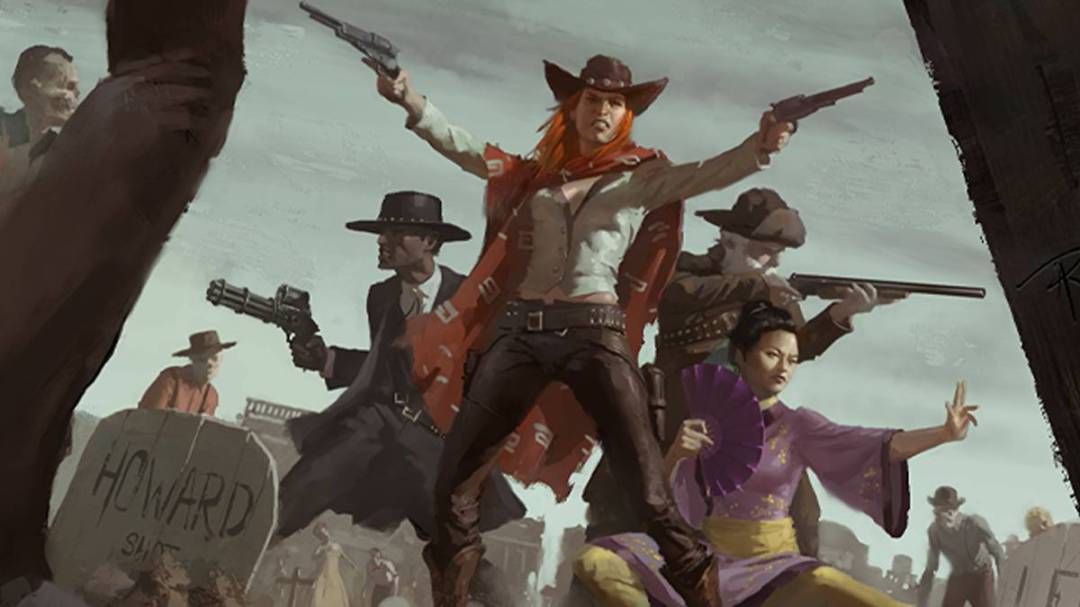 Another checkmark on the Gaming Goals as we brought to the table a game I’ve wanted to play since back in the 90s – Deadlands. Admittedly this wasn’t quite the same game as we were playing the Savage Worlds Adventurer Edition version but it had the same setting and it meant I got to try out a system that had several world settings I was interested in (Deadlands, Space 1889, and potentially a few others as like GURPS a universal system has many source books).

We used the free Quickstart Rules found on Drivethru RPG, printed off the premade characters, and I prepped an adventure I had grabbed some time ago (I did not care for the one included in the Quickstart / Test Drive so ran with Deadshot). There was some unexpected conversion to be done as Savage Worlds had changed over the years / editions and I had thankfully picked up a PDF copy during a recent Drivethru RPG sale, but overall we muddled through and bounced some dice.

I think it says something for the table that I’m at that one of the players was quite surprised at this being primarily an action / adventure genre as we spent most of the evening with roleplay and character development. If we pushed hard, we probably could have gotten at least 2/3+ through the adventure.

As a system, Savage Worlds calls for bouncing lots of dice and rolling the maximum on them can lead to some pretty high results with a chain of exploding dice (roll maximum on a die, roll it again and add to it, repeat as necessary). The thing that intimidated me the most is the amount of minor modifications due to edges, hinderances, and situational modifiers. It was still simpler than D&D 3.5 and Pathfinder in many ways (there’s a rule for just about everything in those systems, but that means knowing the rules for everything to make it work) and I’ve played other systems that had character advantages and skill abilities that felt like mini games in the middle of the real game. There are plenty of videos on how to play the system and I found this webcomic useful to explain the core mechanics to others so it isn’t an obscure system with no support out there. With experience (and a player assisting on rules consults) I expect those mechanics to grow easier in time.

My core frustration with Savage Worlds is the multiple unnumbered editions that may have kept the core in place but had minor changes along the way. Instead of a normal 1st, 2nd, etc. labelling of editions, there has been –

Meanwhile, picking up adventures or settings for any of these may or may not have some indication of what version of rules it might be using. Their are some conversion guides out there (one of them being 50+ pages) to help but it would have been nice for them to have the version name included on the cover. Dungeons & Dragons has been guilty of this sin in the past as well, treating certain editions as ‘the only edition that you need worry about so no Edition numbers’ (I’m looking at you 3rd and 4th).

Some of the more exotic and unique mechanics from the original Deadlands have been cleaned up or entirely removed from the mechanics but some are easy enough to reintroduce if you liked them. The gunslinger duel we had with poker cards reminded me some of Legend of the Five Rings set up for duels, where a combat oriented character might fare very poorly in a singular duel like this. I’m looking forward to when a poker hand will tell the fate of a magic slinging Huckster pushing their hand for that little bit more cheddar. Use of poker chips for changing dice outcomes is something that I feel like Deadlands was a front runner on and they still spell out very clearly what those benefits are and I like how in the core rules different coloured chips can influence different things.

If things work out, I am hoping to bring a Space 1889 – Savage Worlds game to the table in 2023. I’ve been poking away at creating a FATE game for revisiting that setting for some time now and might try that as well someday but there is a certain convenience to somebody else having set up a whole sourcebook for it.