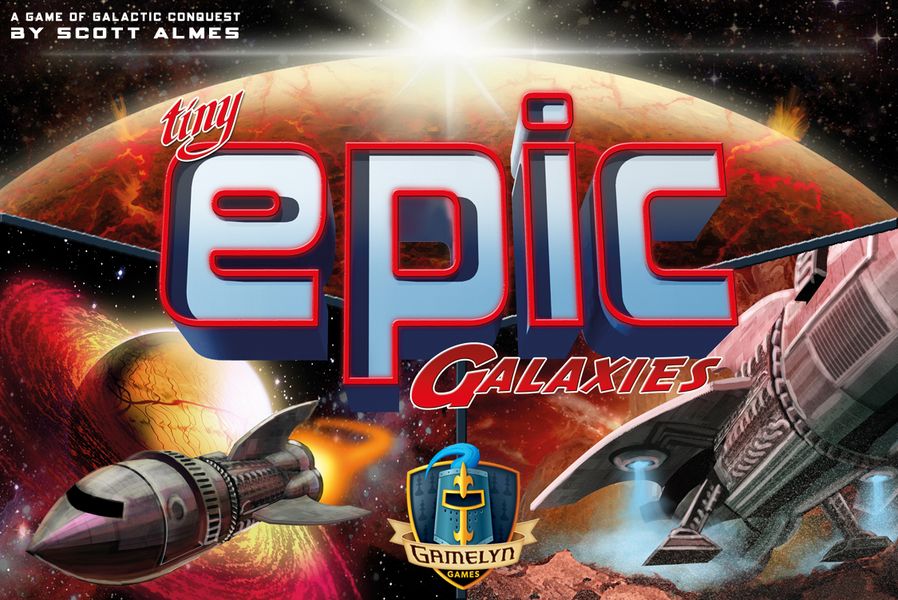 Inspired by the podcast “Into the Meepleverse” discussing their Gaming Resolutions for the year, I decided to make some of my own. Hence, keeping a gaming diary that includes a list of new games that I have played this year. I feel like there should be more, but I only started tracking halfway through the year (and as a year in COVID lockdown, it’s been more challenging to bring a board game to the table).

How to play / win
Roll dice to activate the abilities of your Galactic Empire, launch rockets to colonize or trade with other planets. Gain victory points by colonizing planets and achieving Secret Missions, first to 21 points wins!

What I liked
If you took the core ideas of ‘Twilight Imperium‘ and removed 90% of the mechanics, you would have the very streamlined ‘Tiny Epic Galaxies’. An average game can be done in an hour or so.

Player interaction is limited, including spending resources to duplicate another player’s action, strategic rocket placement to gain planets before other players, and several card actions that affect other players (some positive, some negative).

There are more planets in the card deck than you would go through in a single game so there is plenty of different planets and abilities to work through, allowing for a good amount of replay.

With this I took issue …
Keeping track of all the planet abilities in play can be a challenge, but generally the ones most important to you are right in front of you as part of your Galactic Empire and the ones available to all players (equal to the number of players plus 2. six planets maximum).

As you colonize more planets, more options open up to you and game play can bog down some as one tries to maximize every die result or analysis paralysis sets in. Careful pre planning can be meaningless if the dice don’t give you what you need, though you can reroll twice to fish for the best results.

Not so much an issue as a characteristic is that the Empires themselves all start the same so there is no real flavor to them except for what you give them and the abilities gained from colonizing planets. There are plenty of games already out there that offer those ‘species’ abilities and some like Cosmic Encounters can get pretty wild.